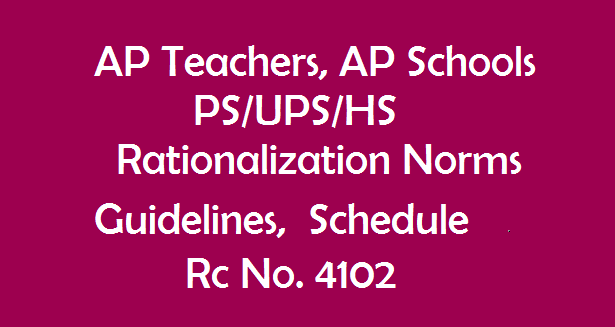 
In this connection, the norms and guidelines appended to the G.O. should be followed without any deviation. Further, the following guidelines are issued to facilitate the exercise smoothly.

AP SchoolsRationalization Norms Guidelines As Per Rc No. 4102

Further, all the Regional Joint Directors of School Education and the District Educational Officers in the State are requested to correspond with the following email 1.0 for any information / valid clarifications, if any, duly apprising of the same to the Joint Director (Services) of this office.
cseap.estt3@gmail.com and cseap.jdservices@gmail.com