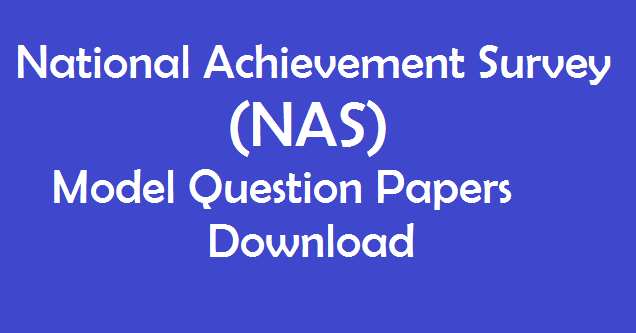 In continuation to this office Proceedings of even number Dt.10.08.2017, all the DEOs in the State are requested to attend to the following works relating to the National Achievement Survey, Cycle Five for Classes 111, V and VIII personally on priority basis and submit report to the Director, SCERT by 28.08.2017 without fail.

Objectives of National Achievement Survey
The major objective of conducting National Achievement Survey NAS is to know what the children in schools know and can do at different stages of elementary education. In other words, an accurate measure of the learning achievement of children at different stages of education can provide important insights as to whether the inputs made into the elementary education system had a beneficial effect or not. Such evidence is provided by the National Achievement Surveys (NAS) carried out by NCERT periodically. These survey cycles not only provides policy makers, planners, curriculum developers and other practitioners with a ‘snapshot’ of what students have learnt in core subjects, but also provides a baseline against which changes in educational standards can be monitored.