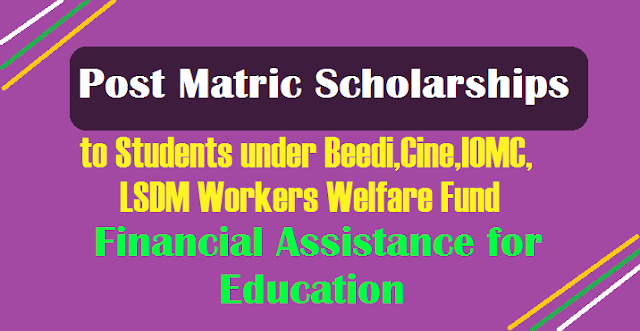 4. The Scholars pursuing studies through Correspondence are not eligible.

5. Candidates for the award of scholarships should have taken regular admission for studies at recognized institutions in India in any course of general or technical education, including medical, engineering and agricultural studies. However, the following category of students are not eligible for award of scholarships under the scheme :-
i) Students who, after passing one stage of education, are studying in the same stage of education in a different subject.
e.g. B.Sc. after B.Com.or B.Com. after B.A. or M.A. in one subject after M.A. in another subject.
ii) Students who after having completed their educational career in one professional line, continue education in a different professional line, e.g. L.L.B. after B.T. or B.Ed.

6. The Educational Institute must be Government/Government Recognized Institute.

7. Students who receive scholarship or stipend from any other source will not be granted under this Scheme.

9. The Scholar should have separate bank account. In case of Joint Account, the first name should be of the Scholar.

10. More than one children of the same worker also should furnish separate bank account number.

11. Each Scholar is required to furnish separate Mobile Number.

12. List of Documents required
a) Photo
b) Copy of the Identity card of the worker (Form B Register Number in case of Mine workers).
c) Copy of front page of Bank Pass Book or Cancelled Cheque(which should contain details of the account holder/beneficiary)
d) Passing Certificate/Mark Sheet of previous Academic Year e) Income Certificate issued by the Revenue Authority